The works were executed as an extension of the project “Conservation of open fen mires in Sporauski reserve” The project was initiated by APB-BirdLife Belarus in partnership with Belarusian biological reserve “Sporauski” in 2006 and was kindly supported by GEF Small Grants Programme. 30 hectares of the mire were cleaned from old vegetation this January.

Intensively used in the past mowing and grazing have nearly stopped today. Among all Belarusian mires the problem of plant succession is the most pressing in Sporava. Satellite images analysis shows that for the last 50 years the area of open fen mire in the reserve diminished by 20,9%.

Today the high density of aquatic warbler near the lake Sporauskae is registered ONLY in places that are mown or were mown during the last 5-7 years. If mowing is ceased the following consequences are expected:

The pilot project “Conservation of open fen mires in Sporauski reserve” started in 2006. The results showed that mowing is technically possible and can be economically justifiable. Altogether 397 hectares of Sporava mire were mown and 30 hectares were cleared from bushes since 2006. Monitoring works implemented showed positive effect of habitat management, leading to up to 3 times increase in the density of vocalizing males of the Aquatic Warbler. 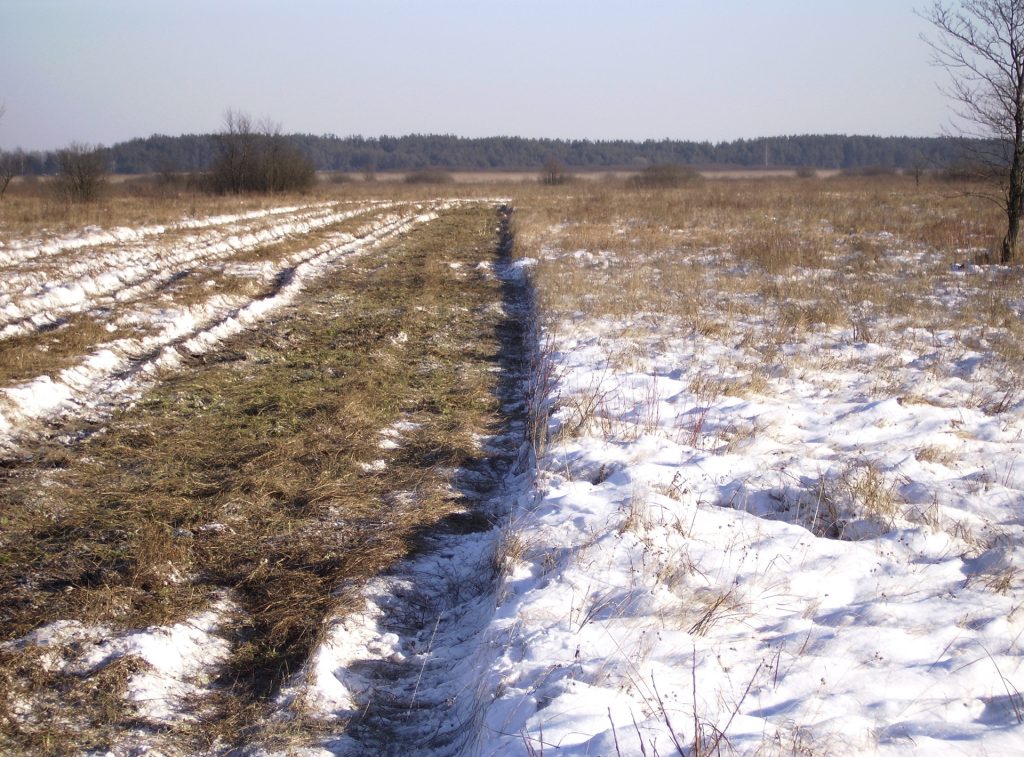