First ever Aquatic Warbler translocation confirmed to be effective

This week, 50 aquatic warbler nestlings brought from Belarus and successfully raised by naturalists at the Žuvintas biosphere reserve, Lithuania were finally released. The birds are fully adapted to live in freedom — can hunt for insects on their own and fly very well. After a month of intensive work, the naturalists left the marsh, where they had temporarily set up camp alongside the nestlings.

“The majority of the team’s work is finished. Our grown birds are well adapted to the Žuvintas marsh. From time to time, the birds visit the aviaries made specially for them in the marsh, and peck on some of the food we leave out. This is what we would expect, as right now, they are going through a very important process—they are making note of their new home, in what is called imprinting. Their visiting of the aviary shows that they did not fly out of the area, and that they will remember this territory as their new home and return here after wintering in Africa,” says aquatic warbler conservation project leader and Baltic Environmental Forum Lithuania director Žymantas Morkvėnas.

While the aquatic warblers continue feeding from the aviaries, naturalists will still regularly leave food for them. 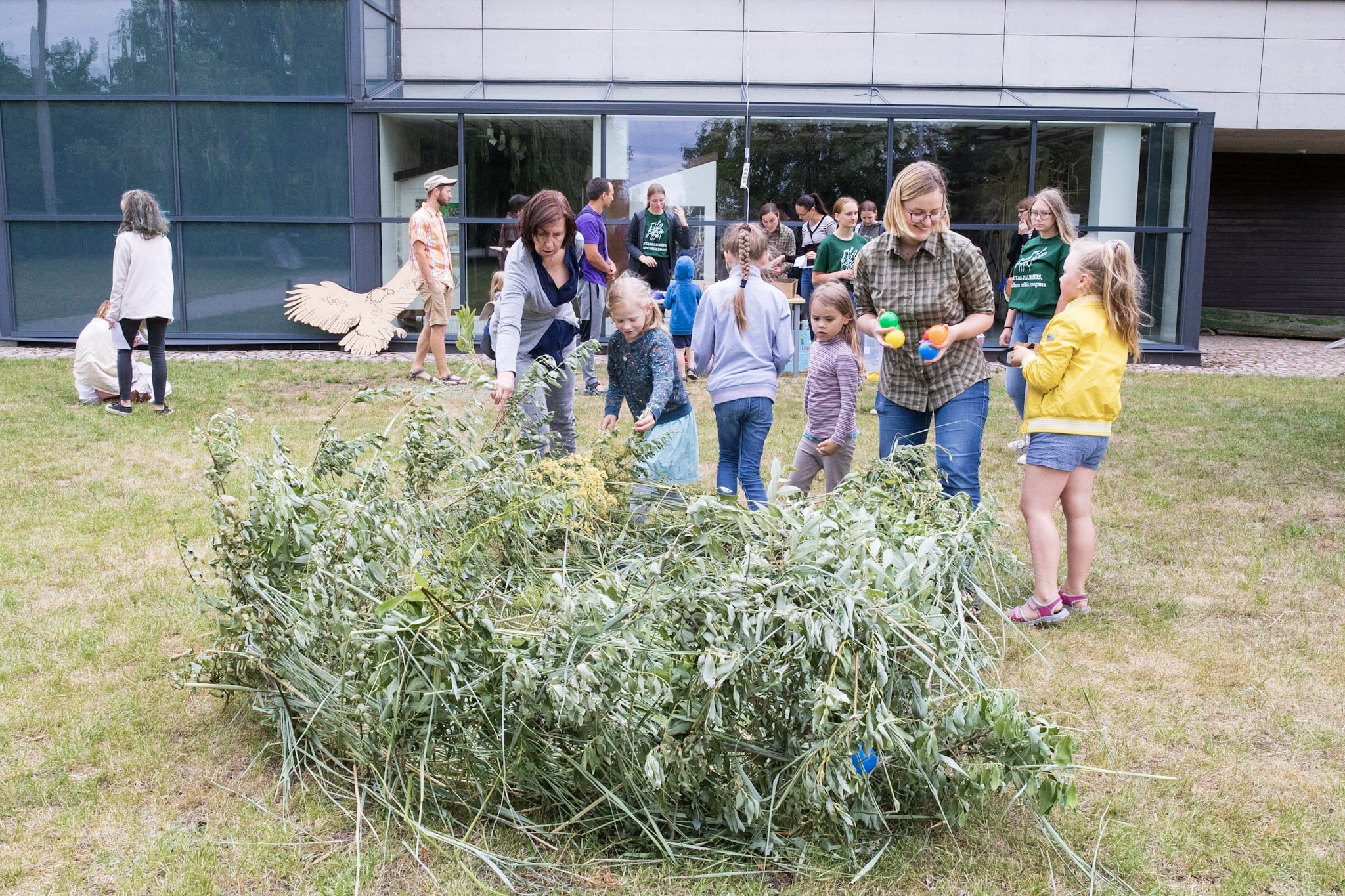 This year, all 50 birds translocated from Belarus were successfully released into freedom. There was one bird which seemed to be weaker than the others. Naturalists gave it more attention and care, and it was given the name “Ligoniukas” (“little sick one”). While it constantly hung on the edge of survival, when it was moved into an outdoor aviary and given special attention, the bird got stronger and was one of the first ones to successfully fly into freedom. It was later seen feeding outside the aviary boundary. “The absolute maximum result was achieved. Having in mind that in the wild, the survival rate of nestlings is about 50%, this is really an amazing measure. This result is all due to the team’s intense and thorough work. Because this is the second year of the translocation program, the team now has a lot of experience, and this year, that was very visible. The whole team and volunteers worked like a clock. Everyone knew their roles, everything was clear, and everyone was united and motivated. For that, I am incredibly thankful,” said Žymantas Morkvėnas as he summarized this year’s translocation of this rare species.

During the translocation process a lot of useful scientific data and observations were collected, which would have been very difficult to get from birds not held in captivity.

The aquatic warbler translocation is implemented trying to test this new conservation measure for the species. This program is in its second year. Overall, 100 rare nestlings have been brought from Belarus to the Žuvintas biosphere reserve. The first aquatic warbler translocation phase was last year. 98% of the translocated birds were successfully raised and released into the wild. It is now known, that at least 11 birds have returned. That means that the method works and is effective. This year, 50 nestlings were brought to Žuvintas. All 50 were successfully released.

The aquatic warbler translocation is just one of 7 actions of this species conservation project that has been going on for a year now in Lithuania and Belarus, and it uses only 5% of the total budget. During the project, 20,000 ha of habitats, in which many aquatic warbler neighbors such as great snipes, common redshanks, and corncrakes live, will also be rebuilt. Additionally, water level control devices will be installed and biomass recycling stations in Dreverna will be built, helping solve the long-lived issue of disposing of leftover harvest biomass. The project also calls for wildlife education and communication.

Get to know more about the success of the first ever translocation with the species, interesting stories about the birds and devoted team members, and, of course, how our sick baby-bird succeeded, by watching video diary.

More about Aquatic Warbler conservation in Lithuania and Belarus: https://meldine.lt/en/

The Aquatic Warbler conservation activities in Belarus are implemented by the “LIFE” project “LIFE MagniDucatus Acrola” in synergy with the UNDP-GEF “Wetlands” project.