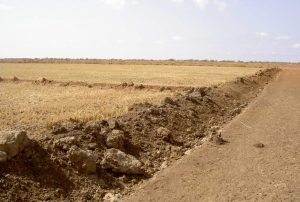 This year the population of globally threatened species experienced an unprecedented crash, dr. Martin Flade, the AWCT chairman noted. This fact reinforced the need for new conservation strategies and measures to be developed urgently.

The latest monitoring results show decrease of approximately 1/3 in each of the countries where Aquatic Warblers breed – Lithuania, Poland, Belarus and Ukraine. One exception could be sustainably managed areas in the Biebrza National Park in Poland where the population remained stable. The Lithuanian Baltic Aquatic Warbler project is in close cooperation with their neighbours exchanging the best practice.

Habitats of Aquatic Warbler are threatened around the world – in Europe they are abandoned or used too intensively, while in Northern Africa – transformed into rice fields, hotel areas, or overgrazed. Against this backdrop, saving every single bird becomes a priority, experts say. Therefore habitat restoration and management in Lithuania, where little over 60 birds have been counted this year, is of utmost importance. 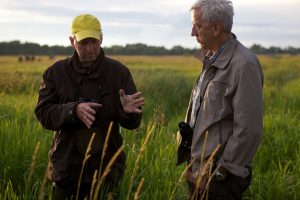 Suitable habitat conditions for this species and necessary management measures are rather well described by scientists. Data exist from most breeding areas as well as from France and Spain where Aquatic Warblers stay and feed during migration periods. Wintering sites have been recently discovered in Africa.

However, conservationists remain concerned over the recent population crash in Hungary. Hungarian experts currently analyse the long-term effects of a fire that destroyed 1/3 of habitat in 2003, and extreme flooding events of Tisza River in 2006 and 2010 on the breeding habitats. 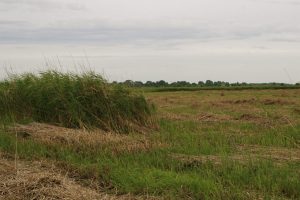 Some 60 ha of the mire has been already mown at the project site in Lithuania
Photo:  Vaida Pilibaityte

Scientists are still trying to define exact migration routes and link breeding grounds with wintering sites. Once such attempt facilitated by ringing ACROLA project successfully linked Ukraine and Mali for the first time last year. Tracking with so-called geolocators is another method which contributes to the improved knowledge about migration of Aquatic Warbler.

Meanwhile in Poland there are efforts to maximise effectiveness of the use of late-cut biomass as a biofuel.

However, many aspects of species adaptation strategies remain unknown and conservation strategies are constantly improved thanks to ongoing research efforts, as demonstrated by the meeting which took place in Rusne, Lithuania.

Dr. Alexander Kozulin, researching Aquatic Warbler in Belarus, contends that globally the survival of the species largely depends on so-called core populations at sites with near-natural habitat conditions (mostly brown moss sedge mires) with rather big and stable numbers of Aquatic Warblers. In Lithuania, Tyrai mire (28-29 singing males counted this year) can be regarded as a core habitat. Another rather similar habitat, but with a currently very small Aquatic Warbler population is in the Zuvintas Biosphere Reserve. Management of all current Aquatic Warbler breeding sites is crucially important and in habitat restoration, a particular, priority should be given to such core population habitats.

More images from the meeting in the picture gallery here.