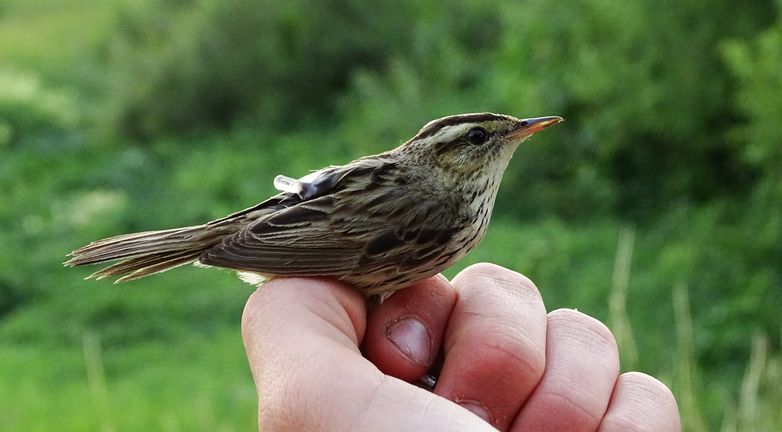 The results of research that lasted for more than two years have revealed that Lithuanian and Belorusian Aquatic Warblers are wintering farther than expected – they rest in Senegal, but then fly deeper into the Africa and settles in Mali. These small birds, weighing no more than a teaspoon of sugar, fly 7000-8000 km to one direction and return to their homeland in the Spring.

The chairman of the International Aquatic Warbler Conservation Team, who has been leading this research and been involved in species’ conservation for more than 20 years, Martin Flade says: „The research was very successful. Until now, we did not have such quality data and such a large sample. I think that these results are a good reflection of the overall situation and they are extremely interesting and important in order to ensure the survival of this species on our planet.” 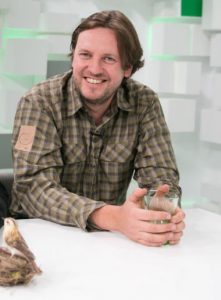 Žymantas Morkvėnas, director of the NGO Baltic Environmental Forum Lithuania, who also took part in the study, is also satisfied by qualitative research and summarises the results: „It can be stated that the majority of Lithuanian and northern Belarusian Aquatic Warblers are wintering in the Inner Niger Delta – a large complex of lakes and islands in the arid Sahel region, central Mali – and it’s surroundings. According to previous studies, Aquatic Warblers from western Belarus and central Ukraine also winter in Mali. Thus, Mali seems to be the most important wintering country. It’s a nice coincidence that the colours of the Mali flag are the same as Lithuania’s, but other things are not so pleasant. In Mali, the political situation is still unstable, making serious environmental work difficult. However, in times of instability in the country, it is unlikely that someone will take up the destruction of wetlands for the sake of rapid economic profit, so for the warblers it may be at least a temporary escape.”

Flags of Mali and Lithuania 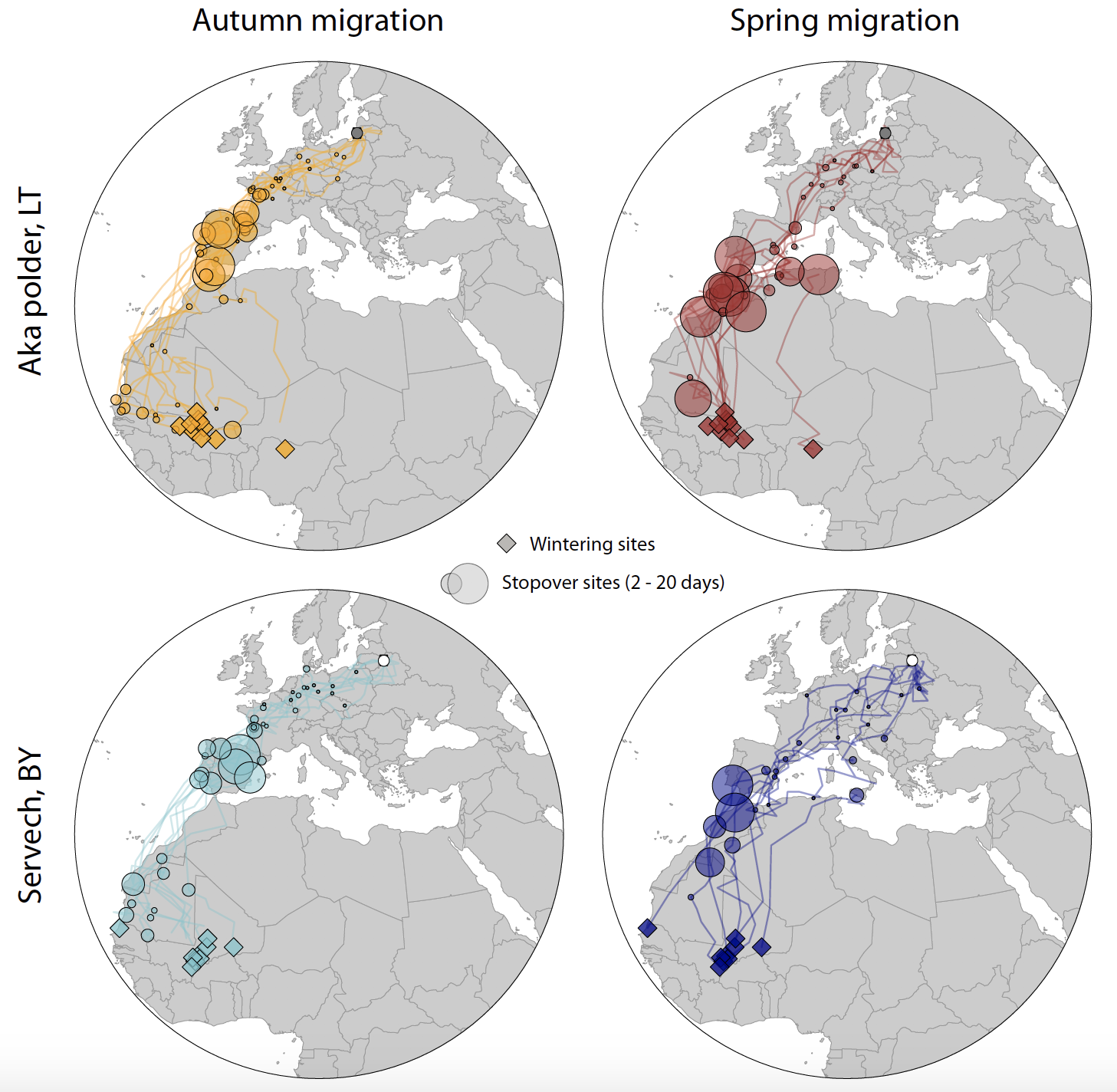 Dr. Martin Flade drew attention to two exceptional wanderings of Lithuanian warblers, which are still difficult for scientists to explain. At the end of July, one bird from Alka polder (Šilutė district, Lithuania), for unclear reasons, flew directly to the Servech swamp in Belarus (about 400 km away), stayed there for about ten days, then returned to the Alka polder and then, like other birds, migrated to wintering grounds in Africa. Another Lithuanian Aquatic warbler near the shores of Africa chose a completely different route than other Lithuanian and Belarusian birds. It flew to the opposite direction – flew over Atlas Mountains from the East, stopping straight across the Sahara Desert and staying in northern Nigeria – almost 1000 km further than the other birds. This traveler returned on similar way – it flew over the Sahara without stopping, then stopped for a longer rest in Algeria, near the Mediterranean Sea and then – back to Lithuania.

More suitable habitats are needed across the Europe

Analysing the obtained data and comparing it with other studies, naturalists have observed that Aquatic Warblers are scattered throughout Europe in both spring and autumn, probably in search of suitable habitats. 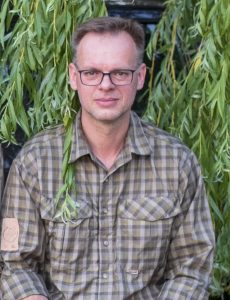 „Lithuanian warblers fly to Belarus, Belarusian – to Lithuania, in the spring Belarusian birds roam the whole country, fly quite long distances, apparently visiting several alternative sites, but all gather where they were caught last year. We think that some of the birds still stay elsewhere. In 2019 one Aquatic Warbler living in Biebrza National park, Poland, was caught, but a year ago it had been ringed as a local bird in Lithuania, in Žuvintas Biosphere Reserve. Some of the birds from the most recent research may have died, of course, but some probably stayed in other places during the nesting period where no one was searching or observing them. This flying from one places to others and possibly staying in other areas corresponds well with all the genetic studies performed so far, as their results showed that there is no genetic isolation, the diversity of genes in the studied populations is quite high. And this allows to refute scientists’ hypothesis that Aquatic Warbler populations are declining due to a possible loss of genetic diversity.” – says Gintaras Riauba, ornithologist of the Baltic Environmental Forum Lithuania.

According to naturalists, this flying to-and-from other sites and long migration distances can mean that the biggest problem of species extinction is still the lack of suitable habitats both in Lithuania and in Europe. „The fact is that birds fly across Europe very quickly during autumn migration and only make longer stops halfway in Spain or France. This shows either the lack of suitable habitats throughout the Europe or the fact that Aquatic Warblers are extremely hardy birds having no need for frequent stops,” – explains G. Riauba.

Special devices, that looks like backpacks, were used for the research

Since the warbler is a very small bird, GPS transmitters that record the bird’s location in real time cannot be attached to it. They are too heavy and would harm the bird. Therefore, the researchers used specially designed geolocators that are similar to a backpack. They are very light – they make up only 2% of total Aquatic warbler’s body weight, so the devices do not interfere with the movement of the birds at all – the birds fly away easily and feel free whit the geolocators on them.

These geolocators records the sunlight. In order to find out the route of the bird, the next year that same bird had to be caught again, the geolocator should be removed, the data stored in it processed with special software, and the analysis performed. The geolocator is the size of a 1 euro cent coin and weighs about 0,4 g. 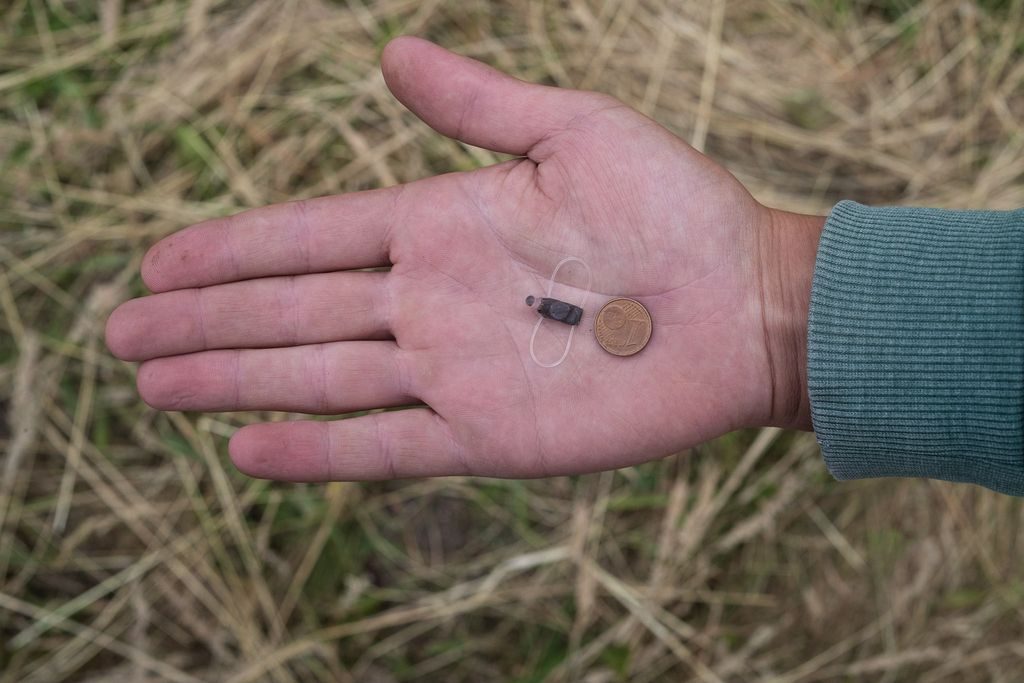 Geolocator used in the migration research and 1 euro cent coin

60 birds with geolocators were released, 30% were found after a year 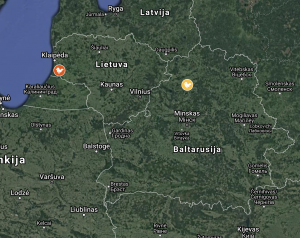 Special geolocators were put on birds from Alka polder and Kliošiai landscape reserve (Tyrai) in Lithuania, and from Servech fenmire in Belarus. In total, the researchers put these devices on 60 birds, and a year later they managed to find as many as 18 (30 %). Estimating, that similar birds’ mortality during wintering is about 40 %, the researchers expected to recover a maximum of 12 geolocators (20 %). In previous geolocation research in Belarus and Ukraine, 8 out of 46 tagged birds (18 %) were caught. Thus, the result achieved in the latest study exceeded scientists’ expectations.

More about Aquatic Warbler conservation in Lithuania and Belarus.