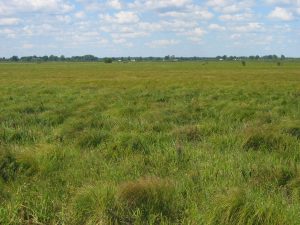 The meeting of the steering group on the question of Pripyat river bed deepening took place on 27th of October in Liubeshiv, Ukraine. This group was set up by the National Security Council of Ukraine as a result of USPB (BirdLife-Ukraine) lobbing campaign. The representatives of Ministry of environment, local legislative and executive authorities, Volyn regional department of water management (interested in river deepening), national park and scientists became members of the group.

One part of speakers tried to promote the deepening works, the second underlined the negative consequences for flood plain biodiversity, and the rest of speakers were neutral and offered several compromise solutions. The discussion was quite difficult, as the cost of works is about USD 1 500 000 which means significant investments to the region.

The final decision will be taken during the next meeting which will take place on 11th of November, 2008 in Lutsk, Ukraine. By that day, USPB will prepare a list of suggestions and will organize additional meetings with concerned parties, including the specialists of water management research institute, which created a scientific background of deepening works.

Today it looks like a compromise solution will be found. There is a possibility to improve river canal capacity without ground extraction, for example, by removing bottom plants with special machinery. Such a cleaning will be executed only in several critical points (50-100 m long) and there will be no need to dig 50 km of the river. Besides this, untouched parts of the Pripyat river are too far situated and there is a problem to deliver excavators there.

Another important factor is the lack of funding for 2009, as these works, most probably, will not be included into 2009 national budget, because of missed deadline. It means, that even in worse-case scenario – if further deepening works are approved, they won’t start before 2010.